Every SaaS company has customers request features that you don't have in our product. Acknowledging customer feedback received is great, but actually implementing and prioritising it is a different story Saying no to these requests is difficult because it can be seen as a rejection of the customer's feedback.

Many companies are starting to find themselves in a tough spot when it comes to saying no. They have a customer asking for a feature that will take too much time and resources to implement, but they don't want to say no because they feel like they will lose the customer.

Sometimes it's hard to say no to a customer. But if you don't, you might end up with an over-complicated product that nobody wants. This is where the art of negotiation comes into play. Let's learn how to respond and say NO to feature requests gracefully.

Collect all feature requests in a feedback board

One of the most essential parts of any product development process is collecting user feedback. Feedback can come in via email requests, surveys, or user interviews and is also received by customer-facing teams such as customer service, sales, and support teams in the form of internal feedback.

Collecting all feedback in one place with a customer feedback portal with feedback tools like Rapidr that anyone can easily access at any time. Rapidr also makes it easier for companies to keep track of all feature requests while enabling customers to provide feedback on what they like or dislike about the product.

Here’s how to track feature requests in a feedback board:

Once you have collected all your feature requests in one place, it will be much easier to prioritize features and get them done. Questions to be asked when prioritizing a new feature:

Make sure you’re on the same page with a customer

It's important for you and your customer to agree on what needs to be done before making any decisions. This way, you can build trust and customer empathy when it comes down to saying no and solve the customers pain-point as well.

When a customer requests a feature that doesn't fit the product's vision, it's essential to have a clear line of communication. This way, you can ensure you're on the same page with your customer, and they can understand why this request was denied.

Understand their request and show that you care

The key is to know your customer and their needs. When they ask for something that doesn't make sense or is outside the scope of your product, take the time to explain why it's not possible in this case.

It is not always easy to say no, but it is crucial to have good reasons for doing so. You are not obligated to agree with every suggestion, but your customers must know that you care about their opinions and suggestions.

Understanding more around who is requesting the feature and the pain that they might be feeling around it, helps us to prioritize items in the roadmap. If we need to decide between two highly requested features, an impact statement built with our customer data can be the tie breaker! - Elyse Roach@Help Scout

This can be done by discussing their feature requests in comments in a customer feedback portal like Rapidr provides or asking for more in-depth information about the requested feature via 1-on-1 calls or emails.

Keep your tone in check while responding

When you say no to a feature request, it's essential to keep your tone in check. It should be polite and empathetic. A person should not come across as rude or hostile.

Saying no to a feature request is not easy and cannot be very clear for the customer. The tone of your response is important because it can impact the relationship with the customer. If you are too blunt or rude, they may feel you don't care about them or their business.

You cannot always build the feature customers wants, but it's vital to be able to say no in a way that does not offend them or hurt their feelings. It’s important to take into account the context and how it would affect the product if you were able to do what they are asking for.

Explain why it's not the direction you want to go

Finding a way to say no that does not offend the customer is vital. One way of doing this is by saying, "No, but...". This way, you are telling them that you understand their request and are willing to work with them on it, but for now, it doesn't fit into your current plans.

We often get requests for features we cannot implement and need to say no. Saying no is difficult because it's hard to find the right words to communicate the reasons behind our decision. - PM

Not every feature request needs to be granted. But if the customer has been very vocal about it and has brought up solid reasons for why they want it, consider adding it as an idea for future development or at least providing a solution to their problem via another product or service.

Emphasize your goals and priorities

This will help the client understand why you are saying no and make them feel like they are being heard. It's vital that they understand the reasoning behind your decision because it will make them less likely to push back on you in the future. Never fall into the trap of promising features that will not be delivered.

Explain why it's not the right solution

It is often difficult to say no to a feature request. However, by explaining why you are saying no, and it's not the right solution, you can still maintain good relations with the customer and understand and appreciate your reasoning.

You need to articulate the reasoning behind your decisions as a company clearly and concisely. This will help build trust with your team, stakeholders, and customers.

When saying no to a customer, being transparent and honest with them is vital. You should not give them false hope that they will get what they want just because they ask for it.

Always be honest. It's okay to say you're not working on something. But if you are, then let the customers know. And be upfront that it's possible the feature might make it in.

Try something along the lines of this: "We haven’t added {{FEATURE}} into it yet. But I think that’s an awesome idea! In fact, we loved the idea so much we’re began working on it a short time ago. I don’t have an ETA from the team behind it yet but from their last update, I’d say we’re close to launching it." - Chase Clemons of 37 signals

Many companies make the mistake of promising customers a feature they are not sure they will be able to deliver. In some cases, this can lead to a false sense of hope on the customer's part. This can be detrimental to a company's reputation and hurt them in terms of customer satisfaction.

In order to avoid this, companies need to have an honest conversation with customers about what they can offer them and what they cannot provide them with. If a customer asks for something that doesn't align with your vision, it is better to say no than give them false hope.

The customer is always right. This is a phrase that is often used in customer service. But how do you close the feedback loop when saying no to a feature request?

There are several ways to close the feedback loop with the customer, make them feel heard, and let them know why you can't provide this feature and what they can do instead, such as a product changelog to announce all the new features releases.

It is essential to know that customers do not always have the best idea of what they want and need in your product, which can lead them to ask for features you don't like or need. Some might argue that you should give in and add those features to make your customers happy, but if you do that, it could end up hurting your business in the long run.

Examples of how to say no to feature requests:

Don't say: We can't build that feature for you, and it won't be possible in the future.

Instead say this: This feature is not on our product roadmap, but there are many other methods you can use to achieve the same.

Don't say: No, we've considered all the features you've requested, and we don't believe it would be a good fit for our product.

Instead, say this: We've carefully considered your feedback and have decided not to include this feature in the current release.

Don't say: No, it doesn't make sense for us to include that feature at this time.

Instead say this: It would take a lot of time and resources to implement this feature, so, unfortunately, it won't be included in our next release.

Don't say: We're not planning on building this feature in the near future.

Instead say this: Thanks for the feedback! We're not planning to build this feature because of the following reasons, but we have a workaround that might solve this problem for you.

Responding to feature requests from customers

Every product is made up of many different features. These are the different things that the product can do. When a new feature is requested, it can be tempting to say yes to it because it seems like an easy way to make your customers happy.

Saying "yes" to every request can lead to a lack of focus and an inability to prioritize. Saying "no" forces you to be disciplined and honest with your team, ultimately leading to better products in the long term.

Saying no to a feature request is important because it helps prioritize what's most essential and focus on those features instead of trying to please everyone with all they want. Apart from implementing essential customer feedback strategies for being a customer-centric company, also keep in mind:

If you need a feedback management system to help your product team better understand what your customers want, check out Rapidr today. Sign up today to get started!

Rapidr helps SaaS companies understand what customers need through feedback, prioritize what to build next, inform the roadmap, and notify customers on product releases 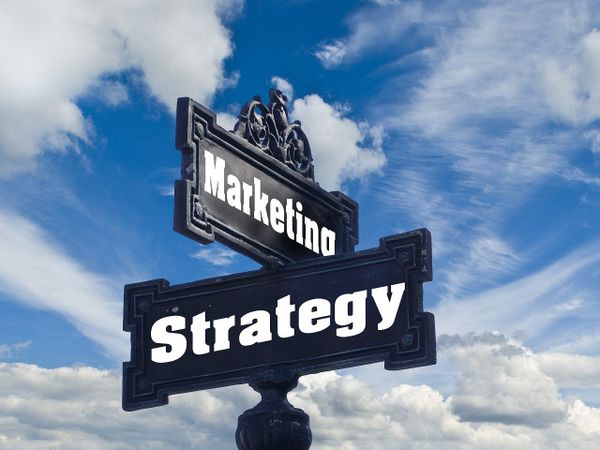 Canva is one of the largest product-led growth companies in the world. It’s one of those tools many of us can’t work without — a proverbial savior for graphically challenged people. But here’s the thing about Canva; they have 75 million users, with only 5 million of them 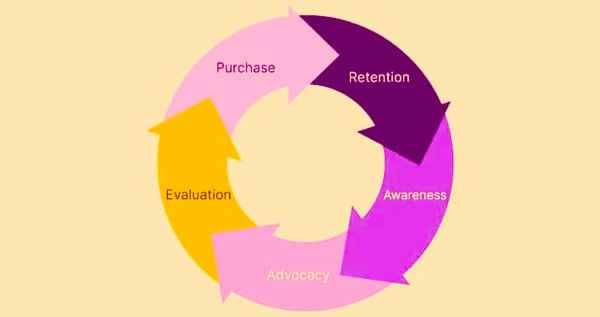 Retaining customers will greatly generate revenue and build a sustainable business as a SaaS business. For this, the sales, support, and marketing team will need to focus on the customer lifecycle. A customer making a purchase is not the end of the cycle; it’s just the beginning. You have 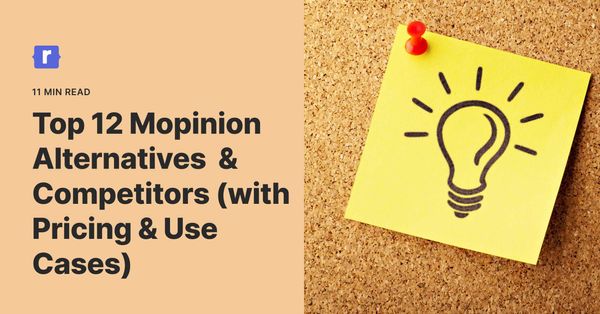 Mopinion is a real-time feedback software that collects and analyses website feedback and customer feedback, allowing product teams to make informed decisions. Many companies use it for customer segmentation and feedback management. Having said that, it might not be the best choice for most companies. Along with an old interface,